A few years back I submitted a story to The Missouri Review for publication. The editor was quite interested in the story, although he had numerous suggestions for revision. In the end, I simply concluded that the story he was seeing was not the story I had written and thanked him for considering it anyway.

In the middle of all of this, he asked me why, in my cover letter (where one typically lists every possible scrap of honor, from an A in First Grade reading to a commendation from one's Pizza Hut boss), I had not mentioned that I had won a Pushcart Prize - kind of an Oscar in the world of literary journals. Politely, I wrote back to him and said I didn't know I had won a Pushcart Prize.

A quick letter to Bill Henderson at the Pushcart Press confirmed that I had, indeed, been the recipient of a Pushcart: seventeen years before for a story originally published in The Cimarron Review!

Apparently, a somewhat nomadic lifestyle over a period of a few years had resulted in my "successfully" outrunning various forwarding addresses.

'Wuori' is a Finnish name. In the early twentieth century there was a Finnish migration to the U.S. There were only a handful of targeted destinations: Oxford County, Maine; Fitchburg, Mass.; northern Michigan, and northern Minnesota. My grandfather was a carpenter and worked in the iron ore mines near Ely, Minnesota for a time, then went south to northern Illinois where he worked for American Steel in DeKalb. You've seen what they made there. It's called cyclone fencing. He also built two houses in DeKalb, both of which are still in fine shape.

My parents owned a tavern and a restaurant at various times. When the tavern got flooded and robbed in the same year, they got out of that and my father returned to his first love - selling furniture, while my mother began a twenty-year career teaching fourth grade and tailoring in a boy's reformatory not far from where I live now. Occasional visits to her work place persuaded me that jail was not a good thing. They were hard-working people who, like so many of their generation, found it very easy to work and very hard to dream. 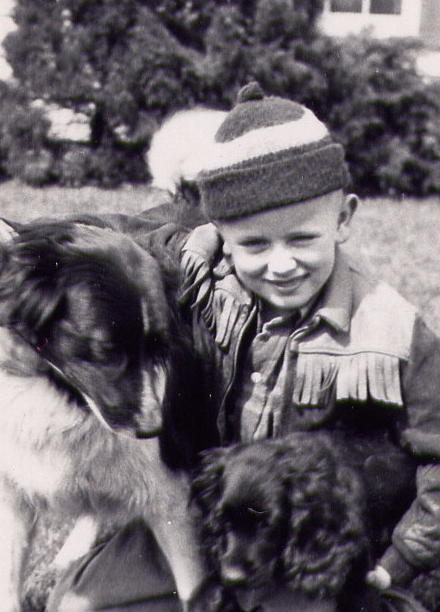 There have always been dogs. 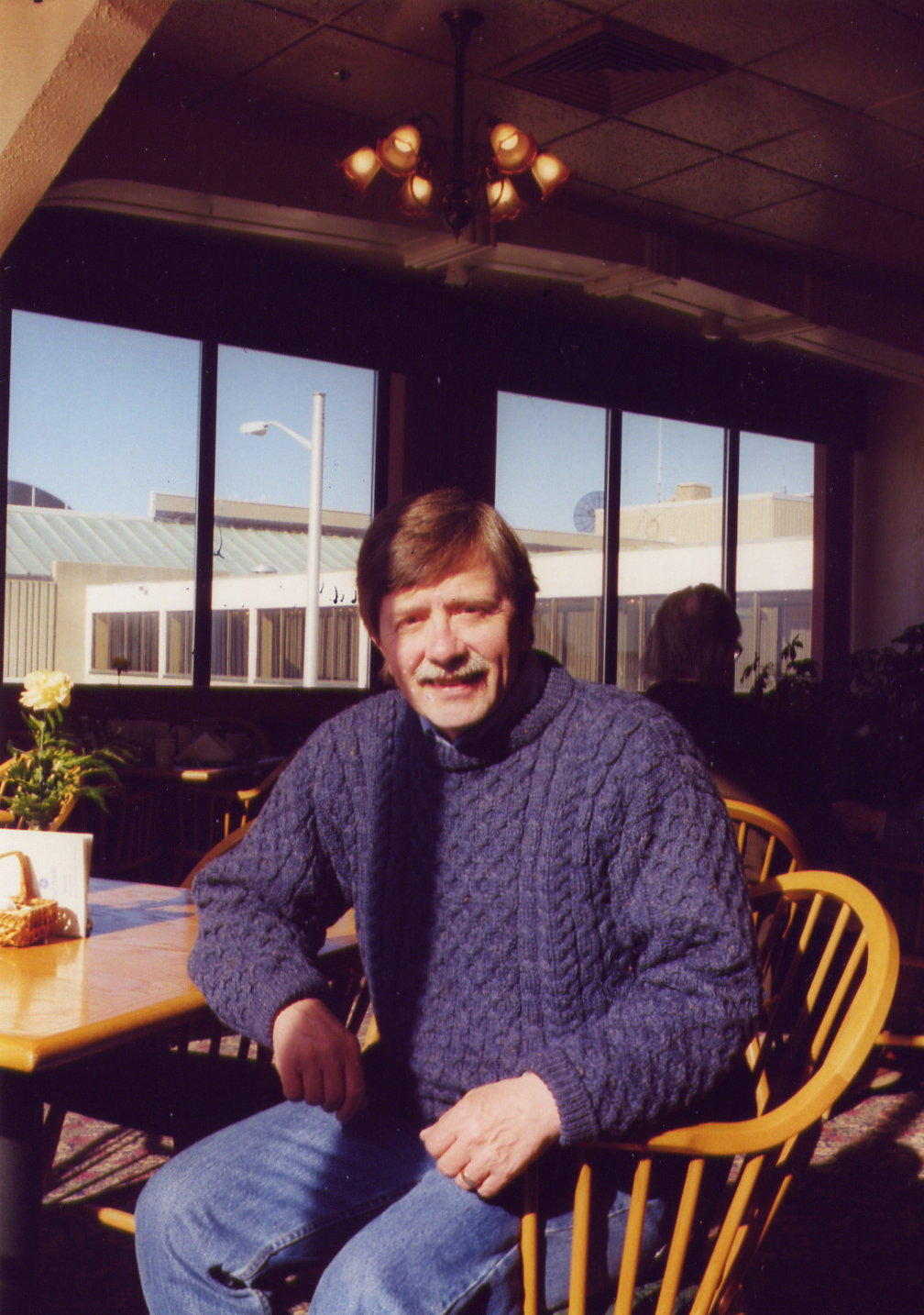 On tour in Bangor, Maine

"I became a writer at the age of eight when I wrote a story about a red-haired Irish cowboy with a mean temper. We were living in a rented farmhouse in northern Illinois at the time because my parents had recently bought a tavern in the country, called a roadhouse back then.

"A mouse had just bitten me on the thumb (don't ever try to hold one by the tail) and that seemed to be a good thing to write about since I was certain I would be dead before long - rabies, at least, maybe the plague. That a red-haired Irish cowboy would emerge from my desire to write a story about being bitten on the thumb by a mouse suggested that disparate things will have their way with you in the creative process."

Reflections In A Keyhole Eye, Algonquin Books of Chapel Hill, 1998 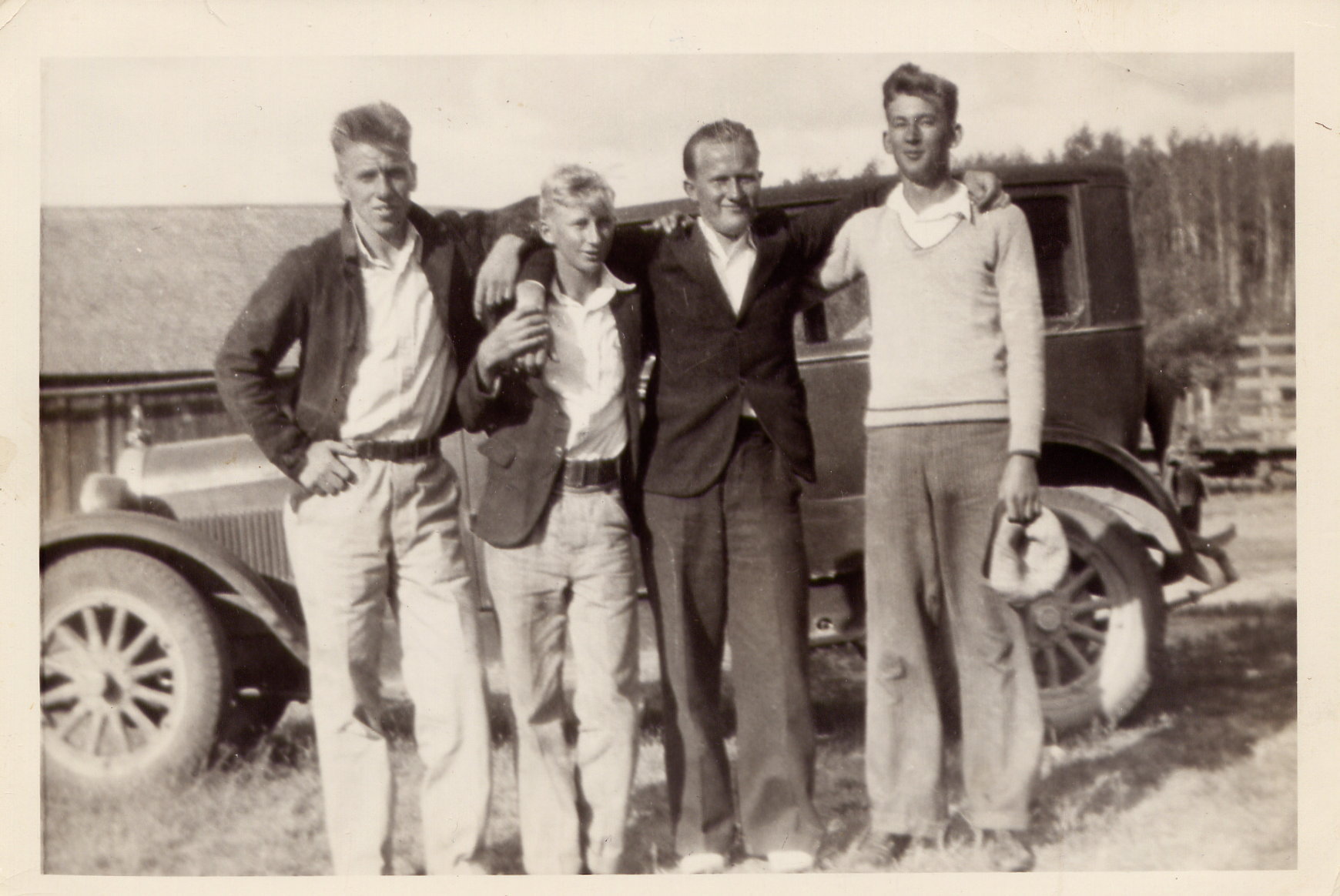 Sometime in the 1930's in northern Minnesota. Author's father is on the left.

I'm about sixty miles straight west of Chicago in farm country that's beginning to feel the pressure of suburban creep. There are two major towns in this region: DeKalb, birthplace of barbed wire, and Sycamore, birthplace (so it is said) of the La-Z-Boy chair. In more ways than one, those two inventions characterize the differences between the two towns. Sycamore, the county seat of DeKalb County, is about 11,000 population.

There have also been homes in West Lafayette, Indiana, a place that will challenge the deep south on any given summer day for heat and humidity. Wilkes-Barre, Pennsylvania has also been home - a heavily ethnic river city desperately trying to flee its coal mining heritage. In Hampden, Maine, there was a small farm with a beautiful view over forested lands - white church steeples sticking up through the trees. We lost a cat on that farm to either a fisher or a coyote. Then came Presque Isle in Maine, forty miles north of the end of Interstate 95, a charming town, I once wrote, "tucked like a bug between the buttocks of Quebec on one side and New Brunswick on the other."

Home these days is DeKalb, Illinois, population around 45,000. Very much a small town feel here although, with Northern Illinois University in town, there's a definite brainy feel to the atmosphere - sometimes too much. 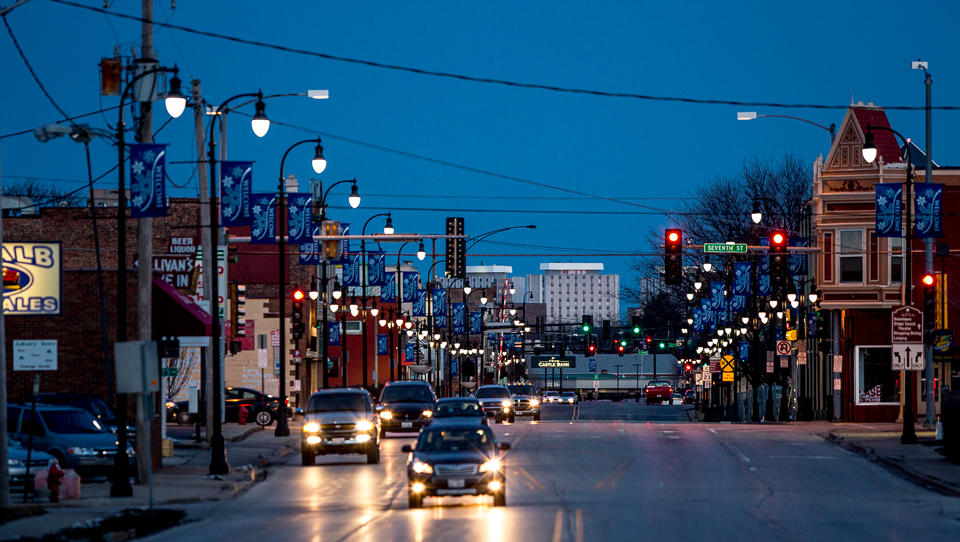 Lincoln Highway in DeKalb, with university towers in the background. 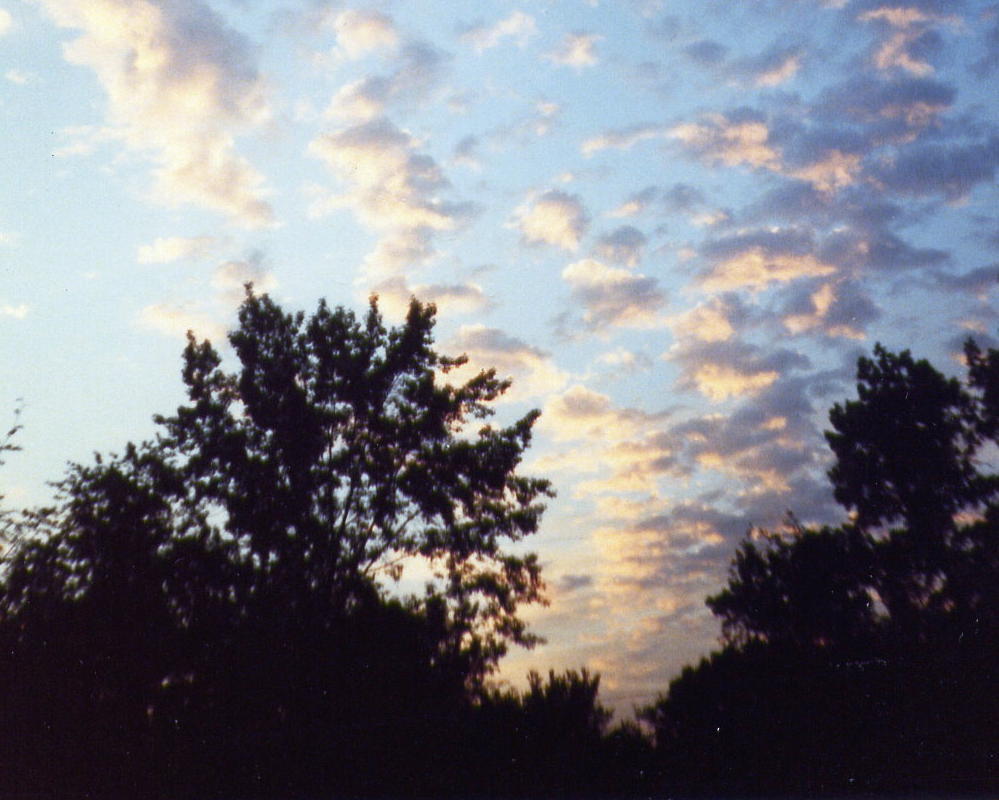